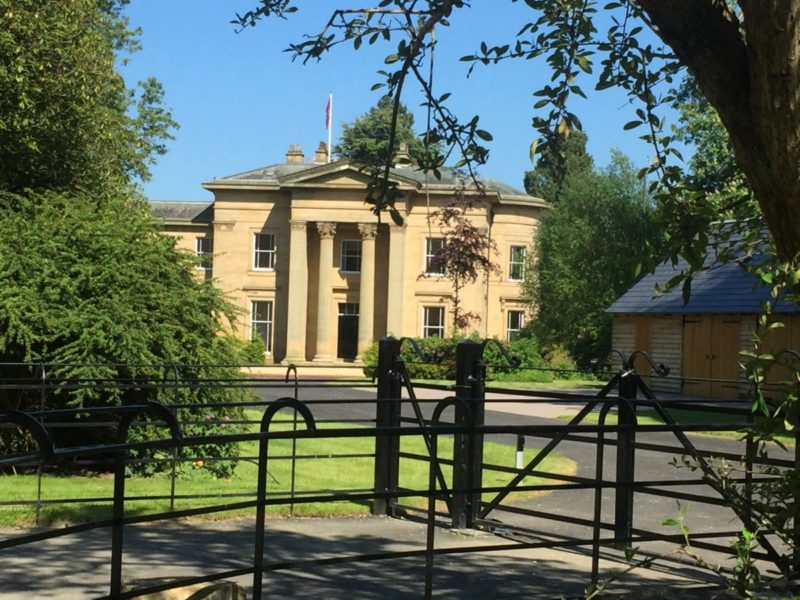 Longhirst Hall is a truly imposing Grade II listed country house set amongst its own grounds and surrounded by trees and open green spaces, is a truly stunning building.

Today the property has been beautifully restored to its former glory while being re-imagined as four outstanding luxury residences – a transformation which has been painstakingly undertaken by Dere Street Homes.

These exceptional homes are a fusion of the breath taking, historic exterior and interior of the building with truly unparalleled, contemporary restoration work which is devoted to detail and quality of finish.

Plot 1 is undoubtedly the jewel in the Longhirst Hall crown. It boasts the original main entrance, a magnificent pedimented portico supported on giant Corinthian columns which opens into a spectacular ashlar-faced central hall with Ionic columns and a central glazed dome. The sweeping Imperial staircase to one end has a wrought-iron balustrade with an anthemion frieze which wraps around the galleried first-floor landing. While above, the coffered dome is a direct replica of the Pantheon Rome which dates back to 27BC.

Not surprisingly, the main reception rooms are wonderfully proportioned and provide significant entertaining spaces. They are adorned with ornate plasterwork and have full-height windows. The drawing room is especially stately, with its semi-circular bow window and stunning views across the Lancelot ‘Capability’ Brown-style garden with its ha-ha overlooking the paddock.

The breakfasting kitchen is impressive with three sets of full-height shuttered French windows and a baronial tiled fireplace. The new owners will have complete control over creating their own bespoke kitchen and the same approach will apply to all bathrooms and en suites.

As would be fitting of a property of this calibre, the property also includes a library and study, as well as a back staircase and cavernous cellars with outside access.

The seven bedrooms are split over two floors with the four bedrooms on the first floor being unashamedly elegant. These open off the galleried first-floor landing which is illuminated during the day by three glazed roof lanterns, each set within its own ceiling dome – and at night by concealed lighting which has been installed to make the most of the striking ceiling detail.

Like the drawing room, the master suite has a charming bow window and garden views. The space also takes in a dressing room, a generous bathroom and an adjoining nursery. The remaining first-floor bedrooms are similarly remarkable and served by two further bathrooms.

There are four bedrooms on the second floor, two bathrooms, a large family/cinema room and a dedicated plant room.

Built between 1824-8 for local landowner, William Lawson, it is considered to be one of architect John Dobson’s finest buildings. The impressive mansion, with its extensive grounds, was bought by self-made coal mining magnate James Joicey in 1887 and it remained in Joicey hands until 1936. Used in various roles over the next 40 years, it stood empty for several years before it was bought, restored and converted into a country house hotel. A popular wedding venue, Longhirst’s many sporting facilities include cricket grounds, a golf course and all-weather, floodlit tennis courts, football and hockey pitches. 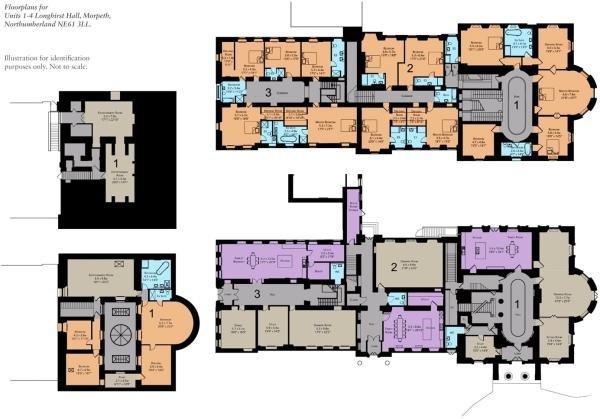